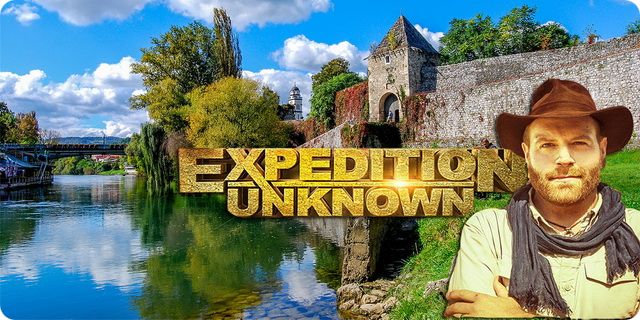 I have not visited fortress Kastel in Banjaluka for a long time. I do not take my children there because now I have nothing to show them. Nevertheless, the other day we visited Kastel:

The renovation of the Banja Luka fortress Kastel needs too much money to be restored in the true sense of the word. I really doubt that the Generation Y will experience the reconstruction, as I imagine it.

The broken walls, the destroyed buildings, the basements buried with a bunch of garbage, ruined and cracked roofs, hollow concrete blocks - are just some of the "symptoms" of Kastel's disease, for which there is simply no money in the budget.

The Banja Luka fortress Kastel has always been the subject of research by local and foreign archaeologists. How old Kastel and its contents are can be seen from the facts that, for example, the shallow walls within Kastel are described as antique; others - a little higher walls are medieval, and, of course, the walls that surround Kastel are from the Ottoman period, especially belonging to the reign of Ferhad Paša Sokolović (1574-1588).

Descriptions and plans from the 18th century give a picture of fortifications with numerous casemates, but also with more than 30 barns for grain. The Museum of the Republic of Srpska has in its possession research documents from 1970s when the remains of houses that are being marked as belonging to Baden culture were found. That's  3000  BC!

The total area of Kastel is 48,000 square meters. Bedemees consist of nine bastions and two drop-towers within the ramparts.

Its walls are about two meters wide and 6 to 8 meters high, and within the fort, there are underground corridors, warehouses and other military purpose objects.

Many circumstances point to the conclusion that it was here that the Roman settlement Castra (Neolithic settlement settlement) was located. The Romans were exposed to frequent attacks by barbarian peoples, and they certainly had strong reasons to defend the road that passed through the Vrbas basin. Archaeological findings found in the area of today's Kastel are also in support of such claims, and they refer to Roman ceramics, money and construction.

Also, the remains of the Slavic settlement from the period of the early Middle Ages (from VIII to XII century) were found in the fortress area. In the Bosnian medieval state, there was Vrbaski grad, which, according to one theory, was located on the site of today's Kastel.

A particularly important finding in Kastel is an antique altar dedicated to the god Jupiter , excavated in 1885 when building a bridge over the Church. On this stone monument, found in 1895 when repairing the bridge at Crkvena, there is an inscription with the addition of the text "Jupiter to the greatest genius of this place of Sicily, Makrin, the consular beneficiary of the province of Upper Pannonia, fulfilled the vowel voluntarily and with gratitude.

Kastel secrets pass through the premises

Walking through Kastel, I told the kids that there are many legends that say that there are unexplored underground passages and rooms under Kastel. However, in archaeological research, so far none of the legend claims is confirmed.

We are, however, counting 6 secret rooms and passages in which there is a real mystery about what  there is and what purpose were those rooms used for and then used to pass. One mysterious passage, which is located on the right side of the former coffee bar Kula, especially intrigued me (marked on the photo with red arrow number 1).

We came to the main entrance, which, unlike photo, is now completely open, I turned on the flashlight on the phone, which helped me to see the ancient stairs leading to the underworld.

I thought to take a few steps further, but I recalled the words of the famous Banja Luka amateur archaeologist Jefto, who said that in the underground of Kastel live "underworld people", a little lower than us and have feathers and a snake torso, also that he encountered the bugs "god bugs". After that, I am finished my ad hoc expedition, in the style of Scooby-Doo, but I have not finished thinking about what can be there which follows me from the boy's days.

Fortress Kastel collapses, day by day it is in worse shape

I would be happy to do two things for the life of Generation Y:

Archaeologically demystify all legends about the Banja Luka fortress and when the fortress would be rebuilt to the extent that it would shine with full glory on the overall well-being of all Banja Luka but also those who have chosen Banja Luka as their ultimate tourist destination.

The fact is that a small number of experienced archaeologists sporadically dig up tens of meters on Kastell, probably for their professional work or research journal, but in this way this job will not end in due time.

The question arises: can the work of archaeological research be accelerated and how to find financial means for the reconstruction of this - an extremely expensive project?

I do not know if you watched Expedition Unknown that is displayed on the Discovery Channel? The focus of this series is the whole of our planet in which an adventurer and passionate researcher Josh Gates searches for the truth behind the amazing and most famous world legends. Joshua's adventures lead around the world as they move to the epicenter of places that are associated with every mystery. Interviewing key eyewitnesses and discovering the latest developments in the story, Josh begins an impressive research that needs to bring him closer to the truth behind the global enigma without answering.

How much is Expedition Unknown popular?

For Josh, each of the 67 episodes recorded so far is the discovery of historical mysteries and adventure seen by millions of people through the Travel and Discovery Channel, the Discovery or Youtube channel website.

He began his career in 2015 by recording the first season of this series in the Papua New Guinea, pursuing a quest for the Golden City in the state of Peru, finding the city of Vikings in Norway, a quest for the famous Samurai sword Honjo Masamune in Japan. He also explored the city of King Arthur - Kamelot, the tomb of Genghis Khan in Mongolia. He was also looking for vampires in Romania and Bulgaria. He almost met the real Robin Hood in Yorkshire :), he also sought the heart of Suleiman the Magnificent in the countries of the Ottoman Empire. He also sought the mummy of King Inkan in Ecuador, the hidden treasure of Nazi Germany and Hitler's legacy. In Egypt, he sought Kleopatra and the remains of an ancient civilization, and was in search of aliens, etc., etc.

Well, something crossed my mind,

Would he like the idea to shoot one episode at Banja Luka Kastel?

What's important is that Gates is still working and recording, he needs constructive ideas and suggestions. Several reasons why Banja Luka Kastel should be accepted as its research project:

... there are only some questions that are asking for answers for centuries. Maybe Gates can help us in that.

What are the benefits for Banja Luka and Kastel fortress?

The immense unexplored potential that Kastel possesses, the fact that experienced Josh Gates with his team and modern equipment he possesses would surely find artifacts of invaluable values that would elevate Banjaluka to the very sky. It would be, for Banja Luka, as if it typed a cheat for a game with full potential (the younger will know what I mean).

Considering that the application of this marketing concept of business is the basis for the success of each company / city / state business, the paper points to the necessity of applying it in attracting foreign direct investments. Bearing in mind that the success of this method of marketing approach in attracting investments will depend on the capability of the city, the state and its institutions to understand, create and deliver value to foreign investors in an adequate way, in order to ultimately lead to the analysis and selection of foreign investors for reconstruction Kastel.

In short, in this way, the whole world would hear of Banja Luka, the Republic of Srpska and its fortress Kastel.

I will try to connect them with relevant people about preparatory activities.

I want to experience Kastel in full glory, and what about you?