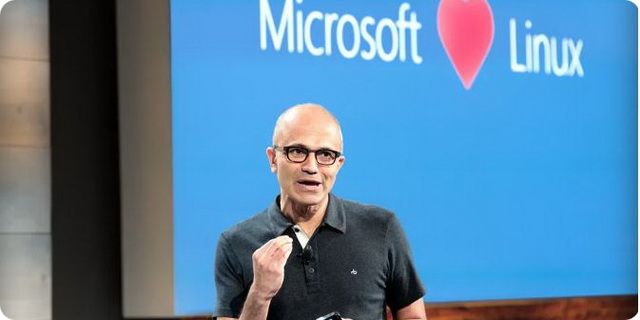 What a difference 15 years makes. Back in 2001, former Microsoft CEO Steve Ballmer was busy branding Linux "a cancer" during the height of the software giant's domination of desktop computing. Fast forward to 2016 and you'll find Microsoft confessing its love for everything open source and Linux. It's a stunning turnaround that's now backed up by Microsoft's serious attention to the open source world. Microsoft is now the top organization with the most open source contributors on Github. It beats Facebook, Docker, Google, Apache, and many other competitors.

Microsoft launched its CodePlex open source community 10 years ago, but the company started moving its big projects over to Github more than a year ago. This move has fuelled Microsoft's growth on Github, but a culture shift has played an even bigger role in this change. Microsoft employees have embraced Satya Nadella's culture change at the company, and open source advocates like Scott Hanselman have been free to push the company to open source some of Microsoft's top tools.

Microsoft has been focused on open sourcing software for at least a decade, but it has rapidly increased this work in recent years. While Microsoft will probably never open source Windows or Office, its position on Github proves that it's now a true open source company. That's something you wouldn't have associated with Microsoft 10 years ago. Microsoft has declared its love for Linux before, but like any relationship actions speak louder than words. It's now clear Microsoft really does love Linux. We wish them all the happiness in their new life together.