Twitter is big. With over 140 million active users, and 340 million Tweets per day, the social network is one that brands cannot ignore. Indeed, few brands are ignoring Twitter. Our recent report with global research firm Booz and Co. shows that 77% consider Twitter a priority social media platform.

It's great that brands are active on Twitter, but it's crucial they know best practices for publishing engaging content. Reach and engament can vary drastically with minor tweaks, so between December 11, 2011 and February 23, 2012, Buddy Media analyzed user engagement from more than 320 Twitter handles of the world's biggest brands.

The result is our latest data report, "Strategies for Effective Tweeting: A Statistical Review." We encourage you to download the report and share it with your friends and colleagues. We also included a "Tweet Cheat Sheet" that you can print and hang in your office or cubicle. The report is a companion to our popular Facebook report, "Strategies for Effective Wall Posts: A Statistical Review."

Here are some of the key findings from the report:

Tweeting during the day is the way to go. Tweets during "busy hours" (8AM-7PM) receive 30% higher engagement than Tweets published outside that time frame. This includes Tweets published on Saturday and Sunday. 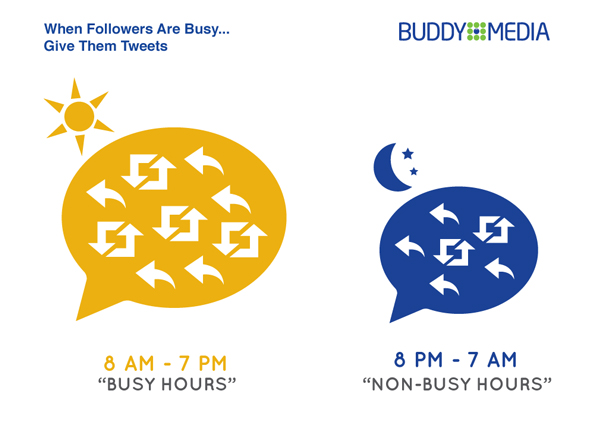 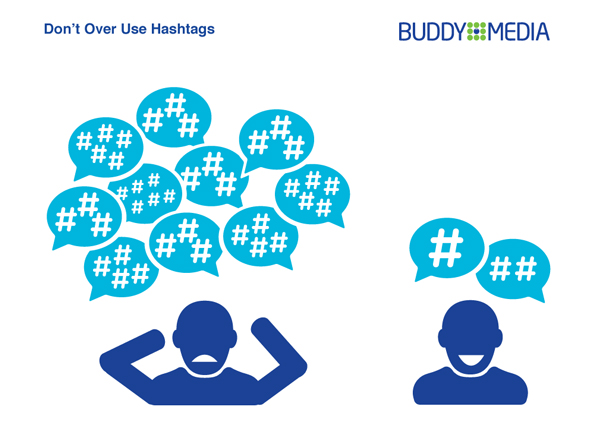