What does Leadership mean to Experienced Leaders?

MARION FULKER: Asset leadership has sort of three critical Cs, in effect. So having a clarity of purpose-- what am I here to do? And the flip side of that is going back to the board and saying, what does success look like, and making sure that those things are aligned.

The capability of self and team, surrounding yourself with the right people, and the skills that you need to fulfill that purpose. And then having the courage to make the tough decisions. Because ultimately, leadership is a role that can be somewhat isolating at times. You have to make tough decisions. And that doesn't mean you're popular with everybody all of the time.

PAUL HOLLAND: My definition of leadership-- probably because of my educational background-- is that I believe that, as a leader, my job is to grow the people around me into something greater than they thought they could be. That's my primary aim. There's a whole lot of other aims, too, when you lead an organization. An organization leader, for example, has to be concerned with the health and well-being of the organization and making it sustainable for the future. All that stuff. You know, strategy, and decision making, and problem-solving, and all that stuff. But quite frankly, you know, if you don't get the people part right, if you don't have followers who are prepared to step off and follow you into an uncertain future, all the planning skills in the world and all the money and technology is going to come to nothing. And so fundamentally, it's all about working with people. I believe you lead through either love or fear. And leading through fear is easy, you know? Historically-- and you'd appreciate this-- it's either the edge of the blade, or it's a bag of silver. Do you know? If you lead through fear. But to lead through love is all about leading through trust and respect.

HELEN CONWAY: Well, for me, leadership is all about having a vision, being able to paint the picture of that vision, and then being able to take people with you to achieve that vision. And leaders have different qualities. But the fact is, if you want to be a good leader and pursue that vision, paint the vision, achieve the vision journey, I think you need a number of, what I would describe as competencies. So I think the first one is integrity. I don't think you can get by without integrity. I think people see through leaders who don't have integrity. So I think integrity is very important. Similarly, authenticity. People can smell when you're not true, you're not saying what you believe, not doing what you believe. You got to be very resilient. It's a tough gig, being a leader, and staying the course. So you need a deal of personal resilience. You need to be accessible to people. So you can't sit in your ivory tower. You need to be with the people. So accessibility, I think, is also very important. And transparency. That's a bit like the authenticity piece. People have got to know what you're doing and why you're doing it, and there's no hidden agenda. And then finally, I think I'd say, you've got to have a great ability to attract the best talent and get the optimal outcomes through that talent. So for me, that's the leadership package.

MICHAEL SCHOCH: When you put that question to me, I went on Google and had a look at putting the word leadership in. And there were 845 million references, yeah? Because it can get interpreted many, many ways. But I summarize it as being a want-- it's a want of an outcome, which has a why. And that why is so compelling that others will follow it.

Kets de Vries (2001:252) notes that the word "manager" has its roots in the Latin word "manus" or hand and by the middle ages had transformed into ‘manege’ meaning directing. It can be seen that even in ancient and medieval languages, management has something to do with doing and directing. However, the root word for a leader comes from the Anglo-Saxon ‘lead’ or ‘laden’ which translates to path or road and to travel - in other words, taking people from one place to another.

Hunt (2004) notes that the military has long distinguished between management and leadership; however, it has only been recently that leadership theorists have chosen to treat the two as separate constructs (Bennis & Nanus, 1985; Hersey & Blanchard, Zaleznik, 1977).

Kotter (1990) for example sees leadership as producing adaptive or useful change, whereas management is seen as the mechanics that make organizations run smoothly. As Hunt (2004:27) notes of Kotter’s view of the distinction between the two ideas:

Kotter (1990) also saw motivation and inspiration as key roles of leaders versus managers. However, like many other academics and leading practitioners, Kotter (1990) saw leadership and management as complementary and, while usually carried out by the same person, they need not be.

Taffinder (2000:7) deconstructed the roles of leaders and managers by noting that managers control risks, react to events, enforce organizational rules, seek and follow direction, and coordinate efforts, whereas leaders seek opportunities, change organizational rules, provide something to believe in and inspire achievement. Similarly, Covey (1992: 246) noted that ‘leadership deals with vision, keeping the mission in sight - effectiveness and results. Managers deal with overseeing structures and systems to get those results. So, management focuses on efficiency, cost-benefit analysis, logistics, methods, procedures and policies. At the other end of the spectrum, Bennis and Nanus (1985) simply noted that ‘managers do things right and leaders do the right thing.’

Bolman and Deal (2012:345) noted of Kotter’s view that management is ‘primarily about structural nuts and bolts: planning, organizing and controlling...leadership is a change-oriented process of visioning, networking and building relationships.’ Gardner (1989:3) further suggests that leadership is about long term thinking, looking outside of the organization as well as inside, and influencing people who may be outside of a leader’s formal authority or direct control. He also noted that leaders emphasize vision and renewal, as well as having the skills to deal with multiple groups of stakeholders at the same time.

As we progress through our careers into ever more senior roles, the expectation will be that we spend less time managing and more time leading. In fact, leadership skills are the mark of an executive and CEO, and while management skills are valued in early careers, a lack of leadership skills will see careers falter in the ranks of senior management (Fitzsimmons and Callan, 2016).

Perhaps we should give the final word to Bennis and Goldsmith (2003:8-9) who summarised the differences between leaders and managers as follows:

Why do I want to be a Leader?

They need to understand and be sure of themselves, to treasure integrity, ethics, and honesty, to understand your environment, to formulate visions and strategies, to harness your experience for the betterment of ever-larger groups, to understand the ripple effect and ramifications of your decisions, to unite diverse groups, and as a result, to make the world a better place for our children and those who come after us.

What better undertaking could there be than being an effective leader, and what greater reward? 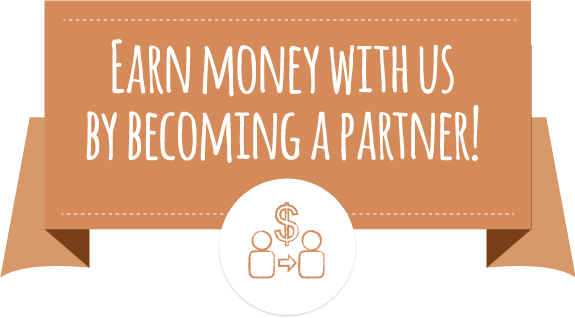 If you liked this article, please like/subscribe to YouTube Channel, DM Spot FB page, Twitter, or LinkedIn and be notified when a new article is published.